Read and/or listen to interviews with Beth: 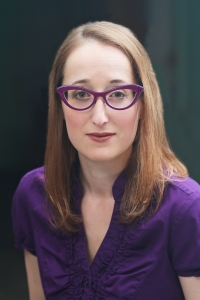 BETH WOLF (she/her/hers) is a Jeff-nominated Chicago theatre director and acting coach. In addition to freelance work, she is also the founder and Producing Artistic Director of Midsommer Flight. She also co-founded and is the former Artistic Director of Promethean Theatre Ensemble. She is a proud Northwestern University graduate with a double major in theatre and gender studies.

Recognition for Beth’s work includes an Equity Jeff Award Nomination for Best Director for Outside Mullingar at Citadel Theatre, which was also nominated for Best Production. Under her leadership, Midsommer Flight was named a finalist for three consecutive years for the Broadway in Chicago Emerging Theatre Award, which recognizes companies “demonstrat[ing] artistic excellence and fiscal responsibility” and “being on the verge of great growth.” Her work consistently garners rave reviews.

Beth’s particular passion for Shakespeare feeds into all her work, classical and otherwise. Digging into complex text, balancing real life emotions with heightened circumstances, and masterfully combining many disparate storytelling elements — live music, large battle scenes, and intimate relationships all in the same play, for example — enables her to tackle just about any kind of script, from classical to contemporary. Beth is also particularly interested in telling feminist stories, from casting The Tempest (2019) with women playing Prospero, Antonio, and Gonzalo, to foregrounding the (non-male-centric) experience of women over age 50 in The Roommate (Jeff Recommended, 2019), to exploring #Gamergate and treatment of women in the modern gaming world in Non-Player Character (Jeff Recommended, 2019). 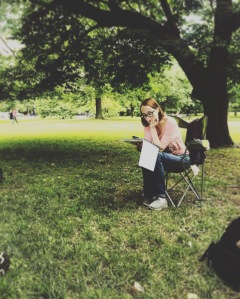 Additionally, Beth offers private coaching to actors with a special focus on Shakespeare’s First Folio and audition coaching. She loves the opportunity to work one-on-one and in-depth to develop strong text and character work with actors.

Beth’s previous experience as an actor herself makes her especially empathetic to the actors with whom she works, whether in productions or coaching sessions. In a former lifetime, she performed with companies all over Chicago (many now defunct), including Promethean Theatre Ensemble, Tangerine Arts Group, Chicago Jewish Theatre, Smoke & Mirror Productions, GroundUp Theatre, and the all women’s improv group Valid Hysteria. Beth has formally studied Shakespeare’s First Folio both in college and beyond, and she is a graduate of the training center at iO Chicago (formerly ImprovOlympic).